Jolly Cola is Denmark’s very own cola and dates back to 1959. In Denmark, Jolly Cola is probably best known for the slogan ‘Say Jolly to your Cola’. Thus, several generations have grown up with Jolly Cola that constitutes many a childhood or youth memory. Today, it is still to be found on the supermarket shelf – and, to a number of customers, the joy of recognition is considerable. We are proud that, today, A/S Bryggeriet Vestfyen is able to produce and market this delicious series of Jolly varieties.

The story about Jolly Cola, dating back to 1959, is the story about creating Denmark’s very own cola as a countermove to American Coca Cola. Several Danish breweries joined forces and founded the company, Dansk Coladrik A/S (Danish Cola Drink), for the purpose of producing a Danish cola type.

This resulted in the Jolly Cola. Dansk Coladrik A/S established its own business model, just as Coca Cola. The soft drink was produced and bottled by local breweries, whereas a central management controlled the cola’s taste and planned a national advertisement campaign.

The Jolly Cola became an instant success; and, in less than no time, it captured 40% of the Danish market for cola. The breweries behind Jolly Cola knew the market and had a well-established distribution system. For the initial great years of the cola drink, many Danes therefore considered a bottle of cola to be the equivalent of a bottle of Jolly Cola.

For quite some years, the Jolly Cola retained its leading position in the Danish market – however, from time to time, the company behind had to face the fact that even a good thing may come to an end – that fighting one of the world’s biggest brands, Coca Cola, is uphill.

Towards the end of the 1990s, the Albani breweries tried to breathe new life into the Jolly Cola – as a principal sponsor of the Danish female handball team. Alas, in vain. Today, the Jolly Cola is produced and marketed by A/S Bryggeriet Vestfyen and, once again, the brand has gained a dominant share of the Danish market. 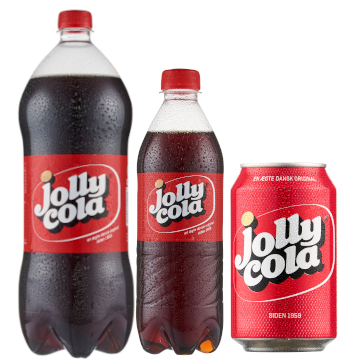 All Denmark’s Jolly Cola. With its sweet and well-balanced flavour, this [...] 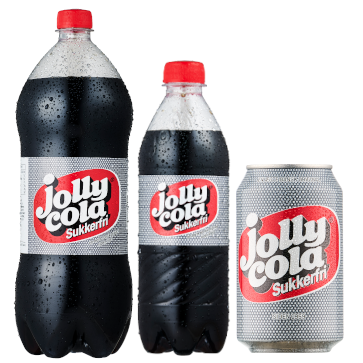 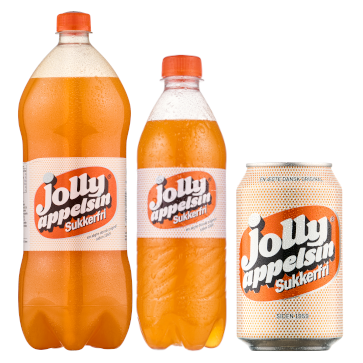 Jolly Appelsin Sukkerfri (orange light) has a very high content of fruit juice. It is [...] 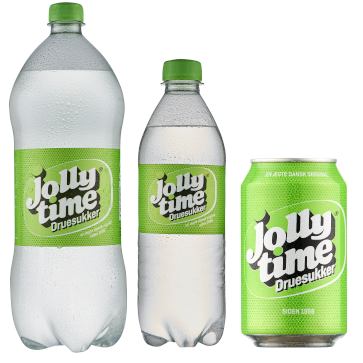 Jolly Time is the well-known, classic and refreshing boost of [...]