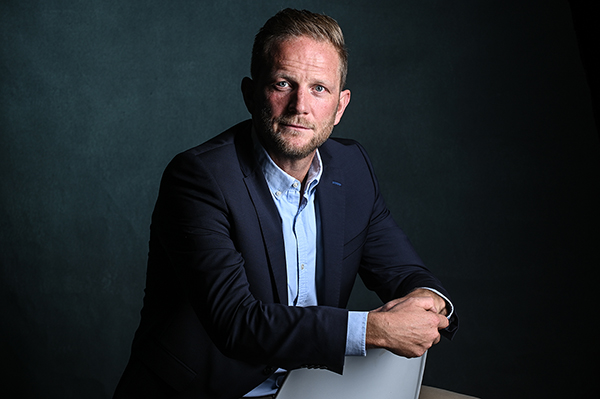 Chairman of A/S Bryggeriet Vestfyen, Poul Bertelsen, welcomes this development. Following a long and thorough recruitment process, he is convinced that, in the 39-year-old Funen native, the
brewery has found the right candidate to take the company into the future.

”For Bryggeriet Vestfyen, the decision to have Rasmus Damsted Hansen take over the role of CEO on a permanent basis is both important and correct,” Poul Bertelsen says.

“Since he accepted the position as acting CEO at the start of the year, Rasmus has demonstrated to us that he is the right man for the brewery, and that’s one of the reasons why he was chosen.
We have completed a long and thorough process with a strong and qualified field of candidates, and a unanimous board eventually pointed to Rasmus, so we are very satisfied. It has been important to us to find clarity and get the right man to lead Bryggeriet Vestfyen onwards safely,” he continues.

Good prospects
Rasmus Hansen Damsted looks forward to continuing the work and the implementation of the brewery’s new strategy, which he has been an active part of since he came to A/S Bryggeriet Vestfyen as CCO in 2018.

“I’m both pleased and honoured that the Board trusts me to be the right man to lead Bryggeriet Vestfyen safely into the future. I’ve learned much during the six months I held the position of interim CEO, and I very much look forward to continuing the work,” Rasmus Damsted Hansen says.

He points to a number of challenges during the first six months at the helm, and the fact that the implementation of the new strategy has involved a number of one-off costs. However, the results
are starting to look positive, and he therefore sees a bright future.

“There is no doubt that the past six months also showed a number of challenges in connection with the commissioning of a new packaging line, and we made a number of write-offs, accepted
some one-off costs and invested in building the future organisation. Still, I am pleased that, in line with the strategy, we have already achieved a greater focus on our brands and are experiencing
growth in both specialty beers and soft drinks, while creating a more profitable private label production. We also welcome the fact that, because of our broad assortment, we are becoming increasingly attractive to the hospitality industry, and on the export side we are seeing the positive results of our increased focus on our neighbouring countries. Finally, the investment in the brewery Indslev Bryggeri is starting to bear fruit, and along with the investments in our production facilities and our organisation, this makes my expectations for the future of Bryggeriet Vestfyen very optimistic,” Rasmus Damsted Hansen says.