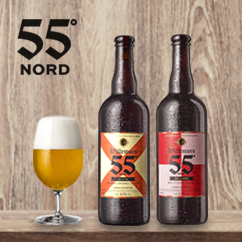 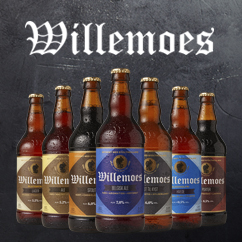 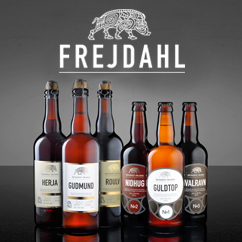 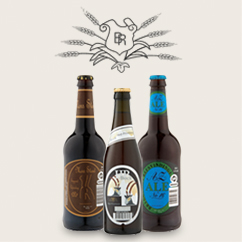 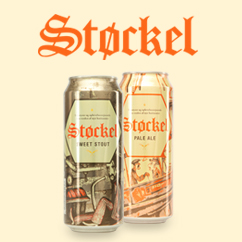 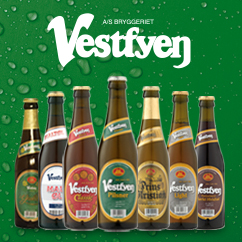 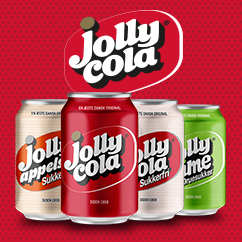 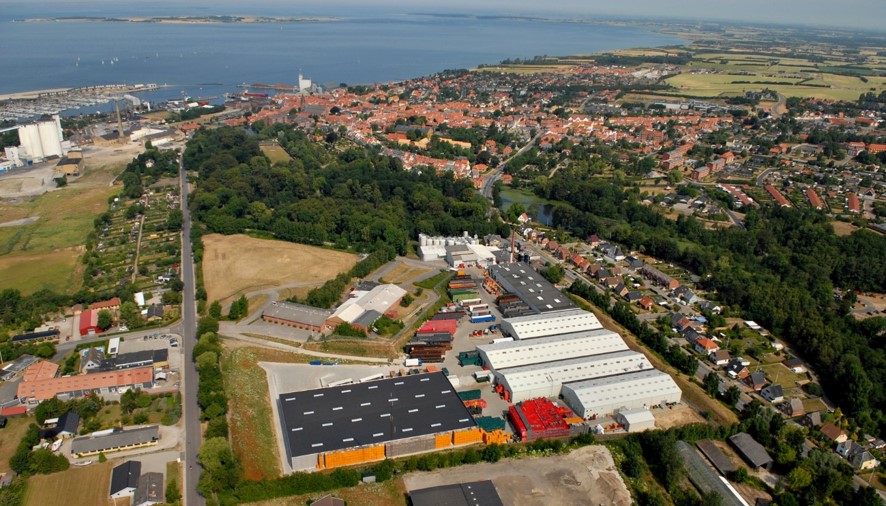 DEVELOPMENT OVER A PERIOD OF MORE THAN 130 YEARS

A/S Bryggeriet Vestfyen’s history spans a period of more than 130 years. The brewery started out as a small, local brewhouse – with an assortment of just a couple of different beer types – with local sale constituting its sole basis of existence. In those days, the brewhouse was just one among many small, local breweries in Denmark. Now, it is one of the few independent breweries having survived to this day.
In the course of time, the brewery has experienced major as well as minor changes and adjustments, with respect to products as well as production facilities. In 1916, the brewhouse underwent one of its first major expansions, as the brewhouse was supplemented by a soft-drinks manufacturing plant.
The brewery is still domiciled in the same buildings as then. More have been added, though. Today, we command 25,000 m2 divided into four independent bottling units and ancillary storage buildings, standing on a plot totalling 84,000 m2.

1885 A meeting is held at Postgården (the town inn). 232 shares are subscribed for – most by local townsmen. The brewhouse has now come into existence.
1886 The first continental lager (modelled on Bavarian beer) from Bryggeriet Vestfyen is sent out to the consumers.
1894 The annual production reaches what equals 1.9 million green standard beer bottles.
1899 The brewery’s first refrigerating plant is established.
1906 The first Pilsner sees the light of day.
1916 The share capital is increased, and the brewery’s first soft-drinks manufacturing plant is built.
1955 (approx.) The brewery’s popular strong beer, “Prince Kristian” is launched. Until the marketing of the Willemoes product line of high-quality beer some 50 years later, Prince Kristian was the brewery’s flagship and is, of course, still a member of the classic Vestfyen beer series.
1960 The brewery celebrates its 75-year anniversary. This is, for instance, celebrated by free delivery of soft drinks to local schools.
1975 In the course of the most recent 10 years, sales triples, and thus – in order to continue to meet demands – a renovation of buildings as well as machinery is required.
1981 The share capital is increased from DKK 480,000 to DKK 1.6m.
1995 Yet an increase in the share capital – and the brewery undergoes an extensive expansion. A new bottling unit for standard beer bottles (Tap 2) is added, and new storage facilities are built.
1997 Vestfyen Classic is launched.
2002 Another major expansion. Yet a bottling unit for soft drinks (Tap 3) and ancillary storage facilities are built.
2003 A/S Bryggeriet Vestfyen acquires Dansk Coladrik A/S and relaunches the old Danish cola darling, namely the “Jolly Cola”.
2004 The first Willemoes beer is introduced at the Copenhagen Beer Festival, held in May. In June, the first Willemoes varieties – Willemoes Ale and Willemoes Stout – appear on the shelves of the Danish supermarket chain, Coop.
2006 Towards Christmas, the consumers could, for the first time, find the vintage beer label – Willemoes Christmas – on the Coop shelves.
2008 The share capital is expanded by DKK 31.8m. By brewing a special beer, “Willemoes 200 years”, the brewery participates in the event that celebrates the bicentenary of the date of death of fellow-townsman, and a well-known local beer label’s namesake, namely the naval hero, Peter Willemoes.
2009 A new 5000 m2 storage facility is built and a 4.000 m2 concrete-paved courtyard with entrance from Skovvej is established for the purpose of introducing one-way traffic in the yard. These expansions are made necessary by increased demands.
2010 The brewery celebrates its 125-year anniversary by an open-house event comprising festival play by Frøbjerg Festspil, musical entertainment by the local brass band – Assens Harmoniorkester – and folk dance by Assens Folkedansere. Also, this anniversary occasions the launch of a special jubilee beer and a separate section in the local paper, Fyens Stiftstidende.
2011 A new bottling unit (Tap 4) for canned beverages is set up, and another 1,000 m2 of storage facility is built whilst, at the same time, the brewery also acquires the old town sports halls – the Assens Haller.
2013 The brewery launches two entirely new special-brew labels: Støckel and Vestfyen Premium. The latter is intended to contribute to an underlining of Vestfyen’s proficiency within high-quality beer.
2014 The brewery’s soft-drink production changes into non-returnable bottles for the 50cl category. All soft-drink sticky labels are replaced by plastic labels. The Willemoes label celebrates its 10th anniversary by the marketing of a limited special anniversary brew. In the spring, Willemoes moreover launches a gluten-free beer: Willemoes Lager, Gluten Free. Jolly gets a new look, developed in collaboration with the renowned Danish designer, Jim Lyngvild.
2015 A wood-chip burner is put into operation to replace fuel oil. The Brewery Frejdahl comes into existence.

The Board of the Foundation

Every year in the month of March, the foundation inserts an advertisement in the local media that provides further information and states the closing date for applications. If you wish to apply for a grant, your application should be sent to Bryggeriet Vestfyens Fond, Fåborgvej 4, DK-5610 Assens or to the foundation’s administration via fonden@bvmail.dk.

Grants will be awarded in the month of May.

The foundation’s articles of associations here (in Danish only)

A/S Bryggeriet Vestfyen has decided to completely eliminate the consumption of environmentally damaging fuel oil from their production of beer and soft drinks and, instead, apply CO2 neutral biofuel [...]

We have been looking forward to present you to our two new taste experiences which have now found their ways to the shelves.
Read more about 55° North on this website.

The brewery, A/S Bryggeriet Vestfyen, backs a number of diverse objectives through sponsorships. We support the élite as well as sporting activities at comprehensive levels and, also, associations activities in general, as we believe that exercise, success, a community spirit and endless positive hours spent together will contribute to enhanced quality of life and surplus energy in everyday life.

We also support events that will put Funen on the map as a lush and active island through our sponsorship of major sports events – such as e.g. the H.C. Andersen Marathon, the Lillebaelt Half Marathon and the cycling classic, Fyen Rundt. Events for the enjoyment and benefit of amateurs as well as elitist athletes – and, not least, for the audience.

Funen attractions such as Den Fynske Opera, Frøbjerg Festspil (festival), and Terrariet i Vissenbjerg (the reptile zoo in Vissenbjerg) are among our long-term sponsorships. Also, we support diverse charities and, over time, we have made donations to the children’s cancer fund, Julemærkehjemmene (a foundation helping obese children) and several local associations.

Everybody can apply for a sponsorship from us – including you. Just send an application to A/S Bryggeriet Vestfyen, Fåborgvej 4,
DK-5610 Assens or to sponsorat@bvmail.dk

Company announcements here (in Danish only)

Articles of associations here (in Danish only)

Conditions for obtaining shares/shareholder relations here (in Danish only)

Trade centre for the company’s shares: Københavns Andelskasse (Copenhagen’s Cooperative Savings Bank).  Request regarding acquisition/sales of stocks can be directed to the brewery’s administration office, phone; +45 63 71 22 14 or mail; info@bvmail.dk.

Articles of associations here (in Danish only)

Conditions for obtaining shares/shareholder relations here (in Danish only)

Trade centre for the company’s shares: Københavns Andelskasse (Copenhagen’s Cooperative Savings Bank).  Request regarding acquisition/sales of stocks can be directed to the brewery’s administration office, phone; +45 63 71 22 14 or mail; info@bvmail.dk.

Company announcements here (in Danish only)